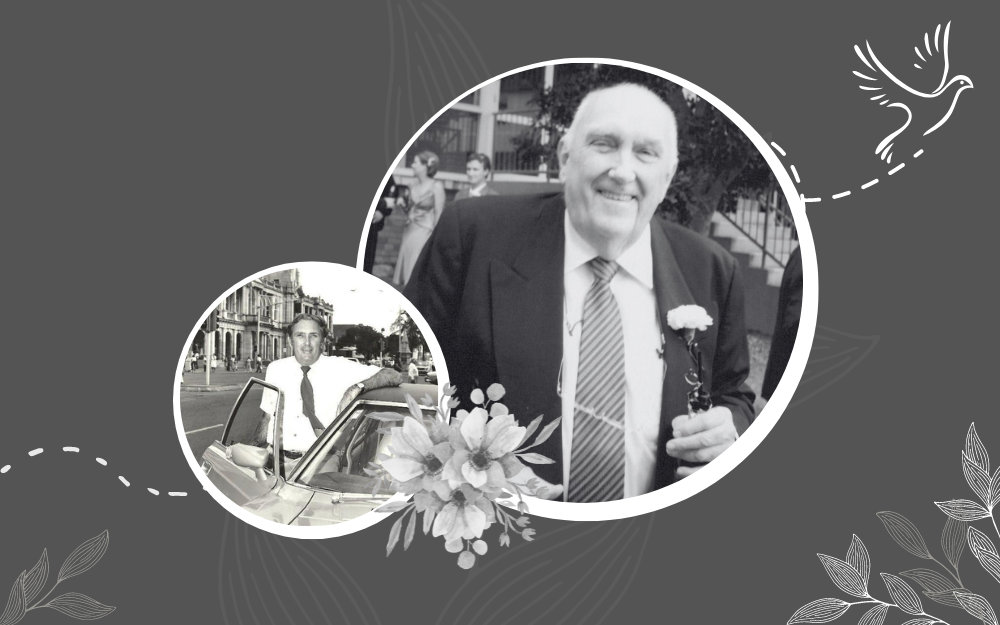 Robert commenced Articles of Clerkship in Rockhampton in 1949 with Colin Stumm, then a sole practitioner in William Street whose practice was to later become Watt Connolly & Co and then Connolly Schirmer & Batts. While common to his era, Robert’s career path would be unique to modern-day law students in that he commenced his Articles of Clerkship after having completed only his junior examination (Grade 10).

Robert was admitted to the Supreme Court of Queensland as a Solicitor in 1955 following which he commenced practice at Innisfail with Les Arnell.

1961 saw the return of Robert South to his hometown to establish his practice as Robert M South at 35 William Street, Rockhampton. This founded South Geldard Lawyers, which remains in practice in Rockhampton.

When Robert commenced practice in 1961, he travelled extensively to rural areas where there were, at that time, no solicitors. They were arduous trips, sometimes by train, often by car and, on several occasions, in a light aircraft between Rockhampton and Emerald. There is an abundance of stories that emanate from these days as one could imagine.

Robert was Master to several Articled Law Clerks, some of whom subsequently became his partners in South Geldard Lawyers. Firstly, Robin Geldard, who commenced his articles with Robert in 1963 and together they formed a partnership, South & Geldard Solicitors in 1969. Theirs was a unique lifelong partnership of collegiality and friendship with no partnership agreements, just a handshake. Subsequent Articled Law Clerks were Vicki Jackson and Brad Beasley, both of whom following their admission became members of and remain in practice at South Geldard Lawyers.

As was the case in early regional practice, Robert practiced in a plethora of areas. A search of the Supreme Court archives in the first few months of Robert’s practice identifies he was involved in litigation relating to breach of contract, debt recovery and another for defamation.

Robert’s special interest however was in property and commercial law representing many large pastoralists and developers who left their mark on the Central Queensland landscape.

Robert engaged in his community following in the footsteps of many of his predecessors of that era in that they accepted that it was a privilege to be a lawyer and there was a responsibility to give back.

He served the Board of his former school, Rockhampton Grammar School, for 22 years. He was a competent and keen swimmer and fought for and brought to fruition an Olympic-sized pool for the school.

In the early 1990s as what was then the Capricornia Institute transitioned to University status, Robert was a founding director of the CQU Foundation and agreed to lead the efforts to raise funds for the Foundation in Rockhampton. In recognition of his generosity and strong support for the University, he received an honorary award from the Companion of the University.

Aside from being a Rockhampton Solicitor, Robert was well known in the Central Queensland community as a Founder of the Rockhampton Permanent Building Society in 1967. He and a group of other local businessmen recognised the need for lending to locals that was at that time not met by large banks. He served as a member of the Board for 40 years including several terms as Chairman. In its heyday, the financial institution which was known colloquially and fondly in the community as “The Rock” served 40,000 people and had over $1 billion in its loan portfolio. In 2011 The Rock was the subject of an acquisition by MyState Bank and sadly, closed its doors at “Robert South Place” in Rockhampton.

The current South Geldard Lawyers remain indebted to Robert in founding the Practice in September 1961. It is recognised that Robert’s actions were a courageous decision. He was 1564460 28 years old with no guaranteed clients, advertising not permitted and at a time when the local newspaper had as its headline “Disappointing year for the City”.

Although Robert retired from legal practice in 1985, he remained loyal and interested in the Practice. He rarely missed a Christmas party or other celebration, the last being the celebration of the 60th Anniversary of its foundation in 2021 with past and present staff.

Robert will always be remembered by South Geldard Lawyers, not only as its founder but as its colleague and friend.

Robert is survived by his wife, Joanne, his children, Dr Michael South and Dr Leigh South, together with his stepchildren, Ben Conaghan and Kate Wright.